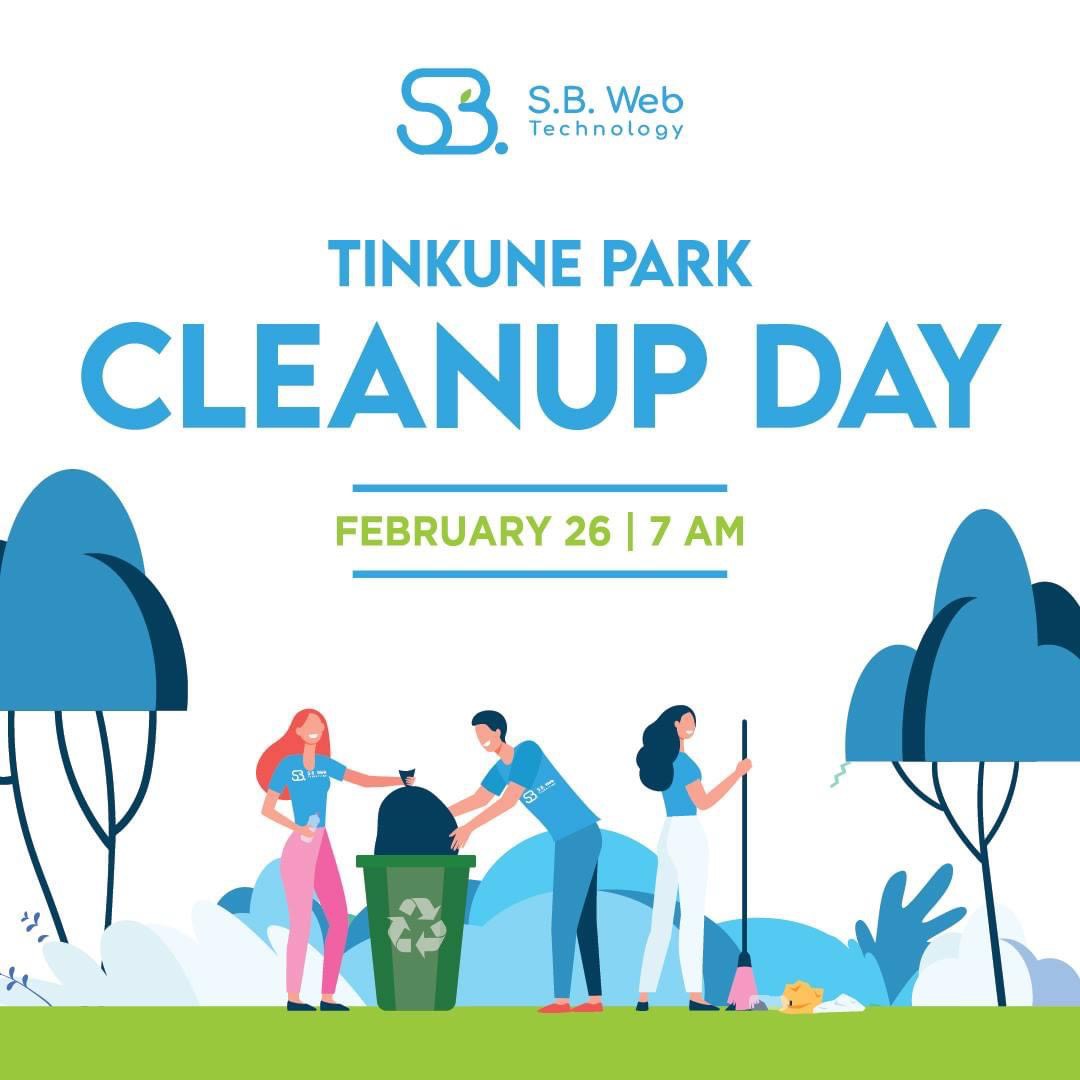 The young Singaporean publishing house mobilized its energetic staff to clean up the sullied plot of land located just alongside its Nepal’s headquarter in TNT building, Tinkune.

A group of young writers, editors, marketers, and administrative staff from the country office of SB Web Technology in Nepal, jointly conducted a cleanup campaign under the leadership of its CEO, Mr. Bishnu Dhakal.

The cleaning team comprising 17 individuals took it upon themselves to clean the Tinkune ground for two hours from 7 a.m. to 9 a.m. on February 26, 2021. The campaign had taken the permission letter from local authorities to run the event. After officially starting the campaign, Mr. Dhakal reinforced the values a human should have towards social responsibility. He emphasized that “everyone could bring out positive results through miniscule efforts.”

“We shouldn’t think about the two hours we will be spending on a ground occupied by litter. We should instead contribute to the event by thinking about the positive message we convey to the public. We are circulating a message that people can clean up their surroundings to clean up the entire nation. It is our responsibility as citizens and S.B. Webers towards the society,” he conveyed.

The campaign was successful in tidying up the state of the ground. The team collected different kinds of waste such as plastic waste products, bones of animals, and human feces.

The participants concluded the event with an understanding that they should continue to make positive efforts to maintain the land’s beauty, which falls on the road to the country’s only airport

We and our partners use technologies, such as cookies, and process personal data, such as IP addresses and cookie identifiers, to personalise ads and content based on your interests, measure the performance of ads and content, and derive insights about the audiences who saw ads and content. Click below to consent to the use of this technology and the processing of your personal data for these purposes. You can change your mind and change your consent choices at any time by returning to this site.

Accept And Move On Deny All

We use cookies to ensure that we give you the best experience on our website. Their use improves our sites' functionality and enables our global partners to advertise to you.